Nomadism in Turkey, Why and How 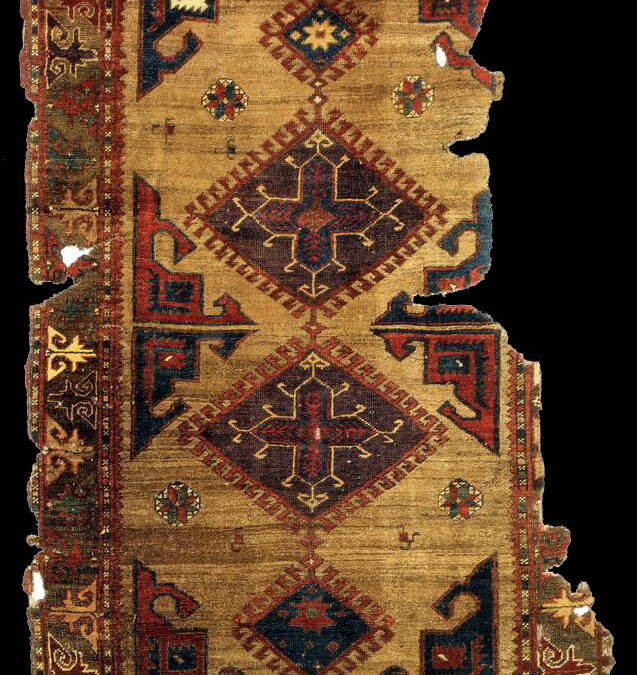 Turkey has always been the land of diversities. The Anatolian peninsula that reaches over from east to west includes topographic and geographical diversities which lead to different natural products. The natural sources abundantly spread all over the country had attracted many civilizations and ethnicities in the country who brought their artistic skills and aesthetics with themselves.

We first see the dense production and usage of the handwoven textiles in the period of the early iron age in the cities of Troy northwestern Anatolia, Sardes in Western Turkey, Hittite lands of Central Anatolia, especially Karum Kanesh and Boğazköy, and Urartian lands of Eastern Anatolia. Different materials with high quality and different properties were bring used to produce different textiles such as high-quality rugs exclusively used by Persian empires coming from Lydia, very finely woven linen and wool fabrics of Central Anatolia, imperial purple-dyed textiles mastered in Lesbos island and Troy city of Aegean sea, blood-red colored woolen textiles of Phrygia, and head-bands belts, clothes, and other accessories coming from all over Anatolia with bright colors and fine textiles. Those products were not only used by their producers but produced in a controlled system by some workshops. The best quality products were exported for the usage of the kings of the neighboring countries such as purple-colored textiles from Lesbos Island for the Hittite King Murshili 2nd or donated to the temples as royal sacrifices to the deities of the pantheon of the different imperial religions of the age. 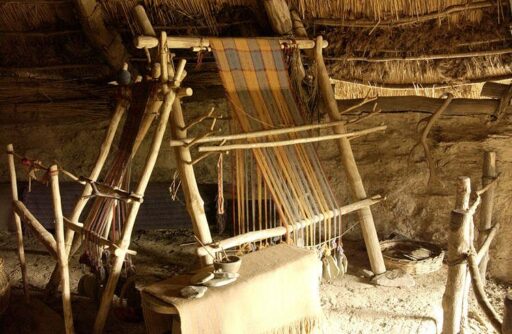 Before the medieval age, we see Byzantine textiles ornamented with extreme usage of precious and semi-precious stone beads and pearls as well as golden and silver plaques or wire threads as a revelation of the wealth of their possessors. In the same period, we see Sassanian and Scythian textiles with the animal pattern often used, imported to Anatolia. 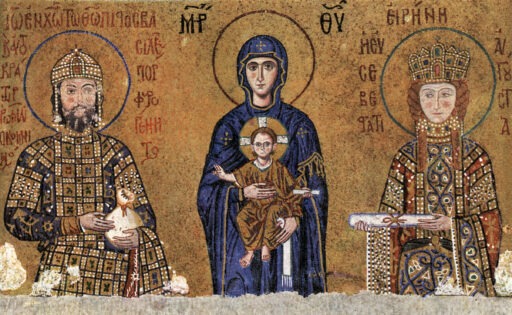 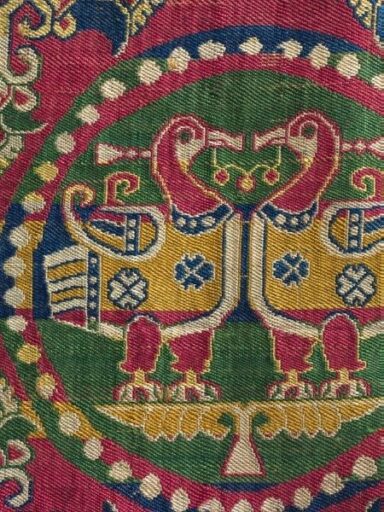 By the arrival of Turks, the textile life and usage of the Anatolian Peninsula have been dramatically changed. Carpets and kilims which were products and also reflectors f the nomadic life had begun to be used in daily life.

Turks used the different properties of the material that surrounds them in a very aesthetic and clever way that comes from the nomadic life.

The wool coming from Western Turkey is short and matt so it should be dyed in a specific way so that the matt appearance will be used to underline the saturation of the color obtained from the natural dyes such as deep golden yellow obtained from the weld, and blood-red obtained from the madder root. But the trick would be to shear short the pile of the rugs to underline this visual property. For this reason, the carpets coming from Western Anatolia such as Ushak, Bergama, Çanakkale, Manisa, Kula, Görges, Selendi, Demirci, and many other carpet center towns have a short pile. 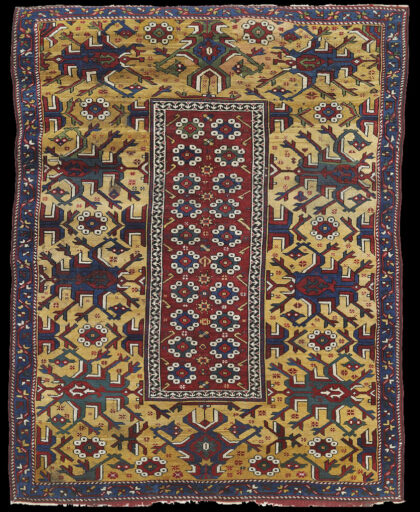 On the other hand, the wool coming from Eastern Anatolia have more straight, longer, and more glossy fibers. These properties require a mastery of dyeing and weaving that would show the carpets and kilims finer and shinier. For this reason, the colors of Eastern Anatolia are pure, saturated but mainly of primary colors and the pile of the carpets are long even though the carpets are finely woven. The sparkles of the Turkish weaving mastery applied to the carpets make them show more glossy, flexible, and saturated.

In central Anatolia, the Karaman sheep has two different types of wool within the same fleece. Local textile producers use the long, more straight, and elastic part of the wool fleece to prepare the warps for the beautiful carpets and kilims, and the soft, fluffy, short part of the fleece is used as pile yarn or patterning wefts of the kilim. 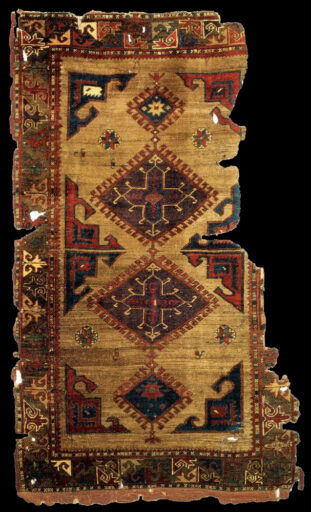 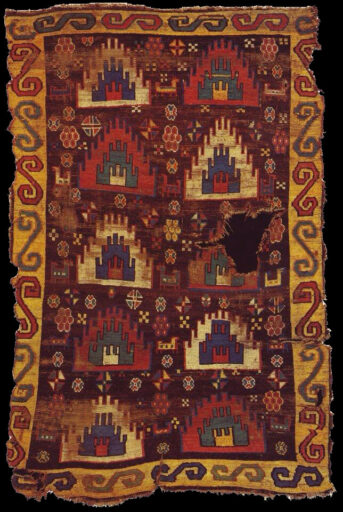 The silk of Bursa city had been used mostly for imperial textiles for the Ottoman court, as well as very expensive products for the Turkish elite. Famous Ottoman Çatma and Kemha fabrics have always been produced with the silk coming from Bursa. On the other hand, the silk produced in Malatya, Elazığ, Tokat, Aleppo, and Damascus has been widely used in Kutnu fabric production, a type of satin or taffeta fabric generally used for external clothing. Damascus Hama and Aleppo with Aintab were also the important centers for silk and cotton textiles of balanced weave, warp or weft-faced fabrics, and twills that are extremely finely woven for the usage of the ordinary people. In this production succession, Turkish silk or cotton is dyed by Armenian dyers and Arab or Assyrian weavers to create textile wonders to be served not only for the daily usage but also for the aesthetics of the Ottoman society. 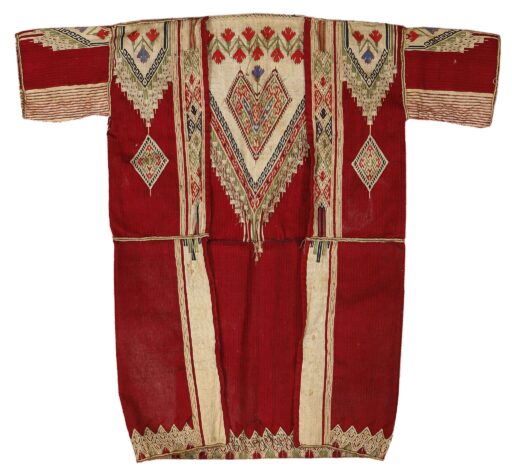 In a conclusion, we can say that Turkey has always been an extremely lucky country with its diverse nature that provides a multitude of high-quality natural raw materials for textile production. The civilizations and ethnicities who used their wisdom and talent of some millenniums mastered the textiles in their proper beauty and functionality approaches and we now are just admiring those beauties and having also an instinct for the discovery of those secret beauties hidden in the history of the country.